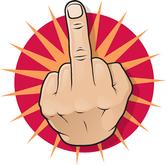 Fucking and fighting.  That's humanity in a nutsack.  It's the same today as it was at the Dawn o' Man, and it explains why nothing's better for grabbing a Homo's attention than sex and/or violence.

The wildly popular and profitable John Wick series proves you can go all in on either one and still sleep every night on a literal pile of ducats.  John Wick: Chapter 3 - Parabellum continues the franchise's hyper-stylized ultraviolence without even a whiff of reptile brain procreation obsession.  If Wick's stuntmen-turned-directors found their balls and added a titty or two to these flicks, they could do what Pinky and the Brain never could and take over the world.

In John Wick, John Wick (Keanu "Steve" Reeves) came out of hitman retirement and slaughtered most of the NYC mafia after they killed his dog and stole his car.  Then, in John Wick: Chapter 2, Wick was forced to take a hit job he didn't want when an old acquaintance called in his marker.  Wick ends up offing someone on the safe zone, "on base," hallowed ground of a secret hotel for assassins and is declared excommunicado.

Secret, sacred hotels for assassins?  Markers inked in blood?  The Wick world is stuffed to the holster with random rules and quaint customs.  Don't sweat it.  You don't need to know any of 'em to get the blood pumping to your sausage watching Parabellum.  The nit-sized plots of the first two chapters are gone making room for Chapter 3's pole-to-pole murderpalooza.

Fun fact: Given that the excommunicadoed Wick is recognized and hunted by roughly every third person who sees him on the streets of New York, it turns out a solid 30% of New Yorkers are actually contract killers.  Who knew?

The fist, knife, gun, and other fights in Parabellum take beatific brutality to a whole new level.  You like people getting shot in the face and attack dogs mauling dudes' dicks?  Come on down, because Parabellum is all headshots all the time, and it's got more dogs destroying crotches scenes than have ever been filmed in all of prior history.

If you can't get laid, might as well Parabellum.